BLACK FRIDAY SALE: Save 22% on 2022 Seed Releases! Use promo code BFSEEDS22 at checkout

Wow! This pepper has brutal long lasting heat. I have eaten Reapers and Moruga Scorpions that are not as hot as this pepper.

I ordered the 7 pot chocolate brain strain along with red, purple, yellow, and chocolate reapers. I planted them all at the same time, I used the hot house, and planted the same as I have many times before. The reapers gave me a 90% germination rate, where as the 7 pot gave me a 0. I will be trying them again, Pepper Joes is my 1 stop shop for anything pepper related, that will not change over 1 bad pack of seeds. Thanks again

Hello, hot peppers can be tricky to germinate. Here is the process we follow and see 95% success rate across the board. They are very particular to soil temp requiring 80-85*. I hope this helps! Let us know what other questions you may have!
https://pepperjoe.com/pages/gardening-tips-starting-peppers-from-seed

My seeds germinated well and the plant is one of the biggest and best looking of all my pepper plants. Just don’t know why at over 2’ tall it hasn’t had a bloom yet. I’ll update my review when it produces. 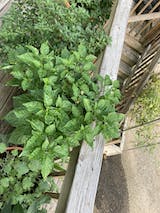 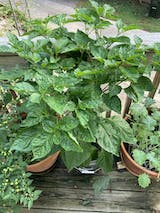 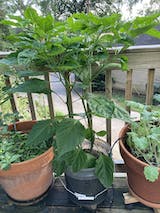